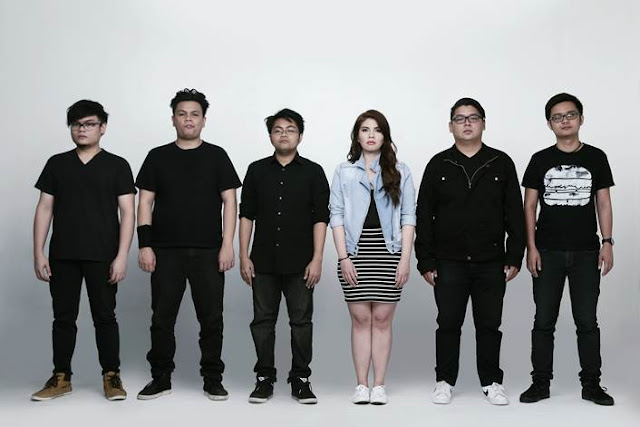 From an indie band and now releasing their major label debut album “Papunta Pabalik” under MCA Music, Autotelic is poised to be the next band to watch out for making noise and a large following from the indie scene. The much awaited album, which contains the new single “GISING” a song about daydreaming letting yourself drown in the feeling of being in love, as if it’s good to be true with luminous-sounding, positive and exciting vibe that is very easy to relate to Filipinos.
Autotelic call their music “Iyak Sayaw” genre, fresh and very modern sounding but at the same time has its 80s/90s vibe in it.  “Masasaya ang tunog at tono ng mga kanta namin, pero karamihan ng lyrics ay malungkot o di kaya ang pagkaramdaman ng nostalgia” said Josh Villena, band vocalist. “The moment we were signed by MCA Music, the feeling did not sink in immediately. We were all processing our thoughts and never have we imagined becoming an artist of a major music label. ” Josh said when asked how does it feel to be signed by MCA Music.

“Papunta Pabalik” is a very personal experience and journey for the vocalist of the band, “As I move forward and go on with my life, I always look back to the past. Kadalasan mahirap lang makakalimot, kahit alam mong dapat ay isunusulong mo na lang ang buhay”. Most of Autotelic’s songs in the album are based on true experience. The band described the whole album “Para siyang rollercoaster ng emotions ng bawat isa sa amin.”

The album also features new songs, “Languyin” about facing and accepting all the challenges you encounter when you want to achieve something, whether in life or in love, “Unstable” is about an unstable relationship between two people, but end up being inseparable. Villena said “Hanap is about pagigising sa umaga’t mapagtanto na siya pa rin ang gusto mo at nais mo siyang Makita.” According to the band, the upbeat "Misteryoso" is the very first song that they wrote, “Tungkol naman ito sa pagkaakit ng isang tao. Hindi niya inakalang ganoon katindi ang pagkakuha ng kanyang atensyon ng isang babaeng sandali lang niyang nasilayan” Villena said. “Close Your Eyes” is a song about not giving up on yourself. “There are moments that we just want to run away from our troubles” Villena said. “Dahilan” is a more personal track which was inspired by a real-life experience. “ang malapit nang pagbitaw sa isang relasyon dahil malalim na ang naging sugat at hindi na ito maayos-ayos” shared by Villena. “Mapa” is about looking for inspiration, encouragement and motivation from your love ones. “Balik” is about getting older and having regrets in the past.

“Papunta Pabalik” is now available in CDs at leading Astroplus and Astrovision and through digital downloads via Spinnr and iTunes and streaming also at Spinnr, Apple Music, Spotify and Deezer. For bookings and inquiries, contact MCA Music Artist Management at +639209682991 or email mcabooking@umusic.com. For more updates and information on Autotelic, log on to the following pages: Facebook- MCA Music (Universal Music Philippines), Instagram- mca_music, Twitter- @mcamusic.