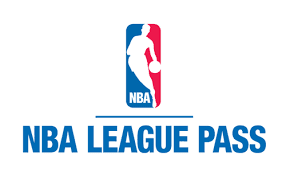 NBA LEAGUE PASS, the league’s live games subscription service, will tip off the 2016-17 NBA season with new features designed for basketball fans outside of the United States.  Throughout the season, fans will have the option to select NBA GAME CHOICE, a new monthly subscription, which enables fans to select any two live games per week (eight live games per month).

This season, NBA LEAGUE PASS will also introduce NBA RAPID REPLAY, a new highlights feature providing fans with in-the-moment updates on great NBA action from around the league. NBA RAPID REPLAY can be accessed as part of the live game experience from the NBA App on iOS and Android.

To tip off the season, NBA LEAGUE PASS will have a week-long free trial beginning with the first night of the season on Wednesday, Oct. 26 and running through Wednesday, Nov. 2.

From a variety of game packages to multi-screen views of the action, NBA LEAGUE PASS will deliver more ways to experience the NBA. This year’s features include:
·         BEST PLAYS OF THE DAY: This new series wraps up the day’s action with the best content from around the league.
·         ON-DEMAND CHOICES: Fans have the ability to download replays of full-length games or condensed games for convenient on-the-go viewing.
·         VIDEO ARCHIVES: NBA LEAGUE PASS opens up the NBA vault providing fans with more access than ever before to classic games, interviews, highlights and documentaries, including 60 hours of new content.  Throughout the season, new NBA content will be added to the Video Archives.

Along with the new offerings and features, NBA LEAGUE PASS will continue to offer its traditional, comprehensive full season package providing access to every NBA regular season game, as well as the entire NBA Playoffs, the NBA Finals and the 66th annual NBA All-Star Game.

NBA TEAM CHOICE, available for all 30 teams, will return to give fans the option to follow one team and watch their favorite players all regular season long.  In addition, NBA LEAGUE PASS will enable fans to watch individual live games throughout the season.

Fans will be able to enjoy the subscription-based service across computers, tablets and mobile devices (iPhone and iPad; Android phones, tablets), as well as a wide variety of connected devices including the Apple TV; Android TV; Chromecast; ROKU; XBOX One; PlayStation®3, PlayStation®4 and Amazon Kindle.

NBA LEAGUE PASS is also available through Globe Telecom, the official wireless and broadband services partner of the NBA in the Philippines.  Globe provides its customers with three service offerings—NBA499 for a 30-day premium access, NBA299 for 7 days, and NBA50 for a 24-hour access—to enable sports fans to watch the NBA on their mobile devices through its streamlined registration process.

About the NBA
The NBA is a global sports and media business built around three professional sports leagues: the National Basketball Association, the Women’s National Basketball Association, and the NBA Development League.  The league has established a major international presence with games and programming in 215 countries and territories in 49 languages, and NBA merchandise for sale in more than 125,000 stores in 100 countries on 6 continents.  NBA rosters at the start of the 2015-16 season featured 100 international players from 37 countries and territories.  NBA Digital’s assets include NBA TV, NBA.com and the NBA App, which achieved record viewership and traffic during the 2015-16 season.  The NBA has created one of the largest social media communities in the world, with more than one billion likes and followers globally across all league, team, and player platforms.  Through NBA Cares, the league addresses important social issues by working with internationally recognized youth-serving organizations that support education, youth and family development, and health-related causes.

About Globe Telecom
Globe Telecom is a leading full service telecommunications company in the Philippines, serving the needs of consumers and businesses across an entire suite of products and services including mobile, fixed, broadband, data connections, internet and managed services.  Its principals are Ayala Corporation and Singtel who are acknowledged industry leaders in the country and in the region. For more information, visit www.globe.com.ph. Follow Globe Telecom on Facebook at www.facebook.com/GlobePH as well as @enjoyglobe on Twitter and Instagram.

*This is Press Release
Posted by Boy Raket at 3:17 PM