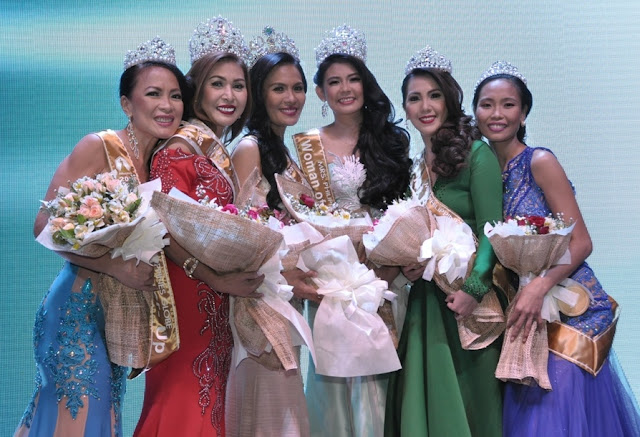 Fritzie Lexdy Noche, a 36-year old mother and dentist from Batangas, was crowned as the new Mrs. Philippines Globe 2016. A second-time contestant of the pageant, she bested 17 other contestants who were also vying for the much coveted title and crown.

Personifying beauty and substance, Fritzie Lexdy Noche is also civic leader and a former president of the Philippine Dental Association – Batangas chapter in 2007 – 2008. She obtained her degree in Dental Medicine at the Centro Escolar University and took up Masters in Orthodontics Temporomandibular Dysfunction and Orthopedics at the Roman Dental School.
During the coronation night held at the Samsung Hall, SM Aura, Taguig City, Noche and the other candidates proved to themselves, as well as to all the guests, that being married or having children should not hinder them from reaching their full potential.

“My second try at Mrs. Philippines Globe has allowed me to discover more about myself and improve my persona as a wife, mother, and friend to all,” said Fritzie. “I will bring everything I learned in this journey as I represent my country for Mrs. Globe 2016.”

Noche, who won PhP150,000 worth of prizes, will also represent the Philippines in the prestigious Mrs. Globe World Finals in Hainan, China in December 2016.

Aside from Noche, the pageant’s major winners also included Woman of Substance titlist Timikko Santos, Solane Mother of the Year Annalyn Marie Gayatin, 1st runner-up Michelle Boyero, 2nd runner-up Niezal Cayangan, and 3rd runner-up Nova Christine Dela Cruz.
Special awards were also given to some candidates who stood out during the competition. Michelle Boyero won as Most Elegant Woman, Darlene Conde was chosen as Mrs. Body Beautiful and Woman of Charity, Annalyn Marie Gayatin won Best in Talent, while Fritzie Lexdy Noche took home Career Woman of the Year and Supermodel Mom awards, Timikko Santos was chosen as the Most Beautiful Face, and Nova Christine Dela Cruz won the Darling of the Press award. Similarly, Angelica Marie Catangay was chosen as the Personality of the Year, Niezal Cayangan was given the Life Story of the Year Award, Maria Theresa Uhlmann won the Entrepreneur of the Year, Maria Giselle Barrion took home Achievement of the Year, and Pinky Siva was recognized as Mrs. Philippines Globe Woman of the Year.

A new title was also added this year – the Mrs. Philippines Globe Classic 2018 for women within the age of 46 to 55. The special award was given to Annalyn Marie Gayatin.

One of the biggest international beauty pageants for married women, Mrs. Globe aims to empower misses as a vital part of the society. The pageant also recognizes that their achievements, charitable acts and stories can serve as inspiration to others.