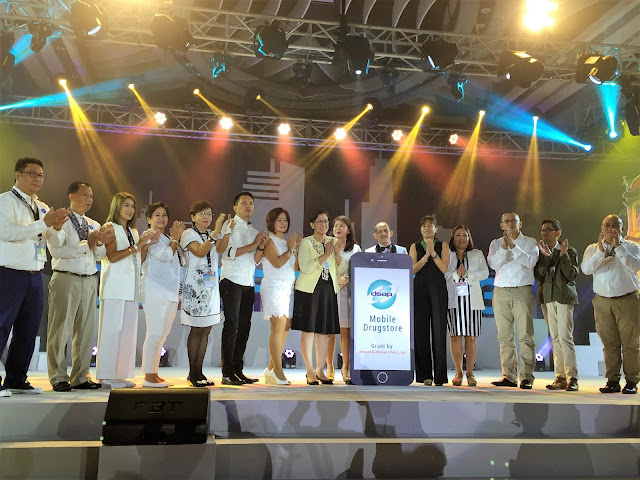 The mobile app contains TESDA-accredited modules to train Pharmacy Assistants (PAs) to become professional drug attendants, including TESDA’s Pharmacy Services NC III Program. With this, PAs will have the opportunity to demonstrate product knowledge on the medicines that they are selling, improve their handling of pharmaceutical products, perform proper product handling and control, carry out proper dispensing activities and promote health promotion, education and vigilance to their customers.

The launch, spearheaded by DSAP President Alberto Hechanova, during the association’s 20th National Convention held recently at the Manila Hotel, was witnessed by Johnson &Johnson (Philippines) Retail Channel Country Director, Ms. Tina Sabarre and TESDA Certification Office Executive Director Ms Susan Dela Rama and DSAP’s National Board of Directors and more than 2000 delegates from all over the country.

The DSAP Mobile Drugstore app was funded through a grant from J&J and came as a response to the Food and Drug Administration’s (FDA) Administrative Order No. 2014-0034 and FDA Circular No. 2014-0025, which mandates drug establishments to employ personnel who has proper training and knowledge about the pharmaceutical products that they are selling. FDA aims to strengthen the Pharmacy workforce that are currently employed in drugstores, in particular, the PAs.

According to TESDA’s partial analysis, roughly 40 percent of the PAs they have evaluated received absolutely no training when they were employed while a minimal number get most of their trainings from presentations of pharmaceutical companies or possibly, from medical representatives who visit their establishments.  Thus, the likelihood of errors is high, putting in danger the lives of patients.

DSAP’s vision to be the prime mover in healthcare distribution; responsive to the needs of its members & adapting to the changing business climate to pave the way for continued growth and prosperity while maintaining excellence in customer servicing, the new DSAP Mobile Drugstore APP, all PAs can now access the training they need to perform their job well using their phones, thereby, professionalizing their members’ workforce.

“Technology has made skills training for both owners of the establishment and their employees very easy, thanks to the grant from Johnson & Johnson,” said DSAPs Alberto Hechanova.

The mobile app is available in both IOS and Android platform exclusively for DSAP’s members.

*This is Press Release
Posted by Boy Raket at 9:55 AM