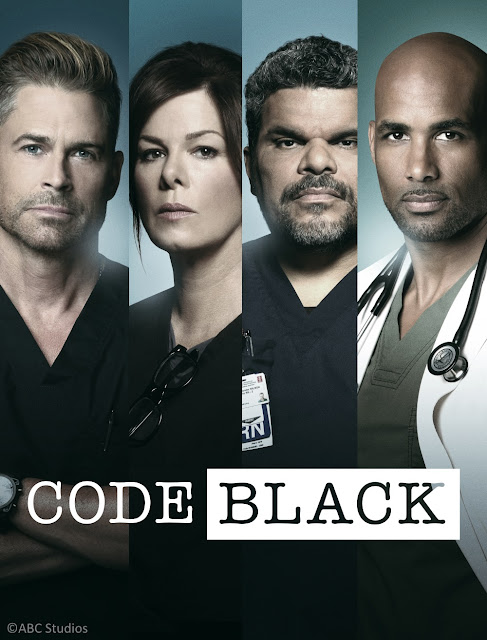 Experience the continuing medical drama as it unfolds in every tense-filled episode of Code Black in its second season starting October 5 on Sony Channel.

In the busiest emergency room in the country, ER Director Dr. Leanne Rorish (Marcia Gay Harden), her fellow resident physicians and interns brave the lack of manpower and meager resources to muster enough courage in handling seemingly insurmountable odds which they face on a daily basis to assist patients with the most serious injuries.

This season, Emmy and Golden Globe nominated actor, Rob Lowe, joins the cast as Ethan Willis, an aggressive and rebellious military doctor who imparts his knowledge in combat medicine. Other new characters include Han (Noah Gray-Cabey), a sweet and sociable new doctor; Noa Kean (Emily Tyra), a confident and defiant street-smart doctor; and Charlotte Piel (Nafessa Williams), a former child star who leaves her acting career to become a doctor.

As pressure mounts and tension increases, Rorish and her colleagues have no choice but to deal with difficult decisions in life-and-death situations under extremely demanding circumstances. And no matter how much it takes, no matter what is at stake, they must fight tooth and nail to save life and limb for their patients to survive.

Code Black Season 2 premieres the same week as the U.S. telecast on October 5, every Wednesday at 8:50 pm.  First & Exclusive on Sony Channel