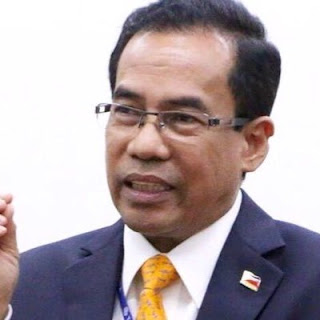 Department of Trade and Industry (DTI) Undersecretary Teodoro Pascua on December 7 Wednesday said at the Pandesal Forum of Kamuning Bakery Café in Quezon City that  government is working to ensure continued stable prices for “noche buena” Christmas foods and prime commodities. He foresees no higher consumer prices until the end of December, even with the recent Philippine peso depreciation similar with other Asian currencies.

Pascua cited the continued stable prices of pandesal, breads and other flour-based food products as the result of government’s continuous consultations with bakery groups and other sectors, as well as the declining global prices of wheat and flour.
Undersecretary for Consumer Protection Group (CPG) Ted Pascua said he and DTI have been meeting and working closely with diverse business organizations, enterprises and consumers to monitor prices of basic foods and consumer goods. He also urged the media to encourage a less Western or more pro-local consumer behavior, such as promoting the buying of Filipino-made “parol” lanterns instead of the Western idea of Christmas trees, singing or playing Filipino Christmas carols instead of Western music with lyrics about winter or snopw, etc.
Pascua said that a source of good news for stable consumer goods and food prices for 2017 is the Duterte administration’s new plan to roll out DTI’s P1 billion pesos special fund for micro-lending to micro, small and medium-scale (MSME) entrepreneurs, which hopes to ease the burdens of small traders who used to be dependent on high-interest, so-called “5-6” loans. He said this special DTI fund for micro-lending can grow to as much as P6 billion pesos by 2018.
DTI Undersecretary Pascua said retailers and consumers should consult DTI’s list of suggested retail prices (SRPs) of noche buena products released on November 4. He said DTI welcomes complaints by the public about possible profiteering, exorbitant prices, faulty quality standards, etc. He said the public can communicate to the DTI via Facebook, Twitter, Instagram, telephones, writing letters or visiting their offices.
The public is encouraged to use DTI’s “e-Presyo” to guide consumers, retailers, distributors, and manufacturers to monitor DTI’s SRP prices.
Posted by Boy Raket at 4:39 PM