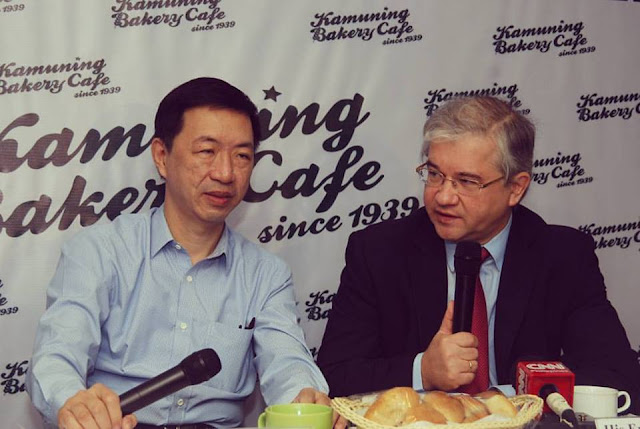 Russian Federation Ambassador Igor Khovaev on November 29 at the Pandesal Forum of 77-year-old Kamuning Bakery Café in Quezon City expressed optimism on strengthening of Philippine-Russia diplomatic, economic, military, cultural, anti-crime and anti-terrorism cooperation after what he described as “the successful meeting between President Vladimir Putin and President Rody Duterte in Lima, Peru”. He said Russia looks forward to President Duterte’s 2017 state visit to his country as “a historic event”, that details are still being planned by both sides, that President Duterte prefers not to go to Moscow during the cold winter.

Ambassador Kohvaev added that Russia can sell and export modern military equipments and arms to the Philippines, that Russia does not sell second-hand weapons or vehicles, that their military sales shall also include support for military training and technology transfers. He cited as a good example of a good customer for Russian military exports for decades is the country of Vietnam.

No. 1 biggest wheat producer but the Philippines still doesn’t import any Russian wheat yet. Still on the huge economic potentials of expanding cooperation, Khovaev said there are now 4,000 overseas Filipino workers in Russia, many of whom are in the oil industry of Sakhalin Islands. He said Russia welcomes more Filipino workers to his country, because Filipinos are talented. 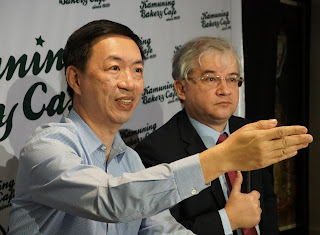 Ambassador Kohvaev supports the Philippines’ new reform of pursuing an independent foreign policy, because this pragmatic and wise policy is most beneficial fopr the Philippines’ national interests, can add to the country’s number of friends and allows for more maneuvering in diplomacy and economics too. He said Russia hopes to see the rise of “a new world order” where all countries big or small shall have mutual respect and non-interference in domestic affairs of each sovereign nation, that is why Ambassador Kohvaev said that Russia doesn’t want to comment or criticize the on-going war on illegal drugs of President Duterte, but Russia wishes the Philippines and the Duterte government great success in all anti-crime efforts and socio-economic development policies. He said Russia supports and will cooperate with the Philippines on anti-crime, anti-narcotics, anti-terrorism and other efforts.