Steve McGarret and the rest of Five-0 are back in Action this January on AXN! 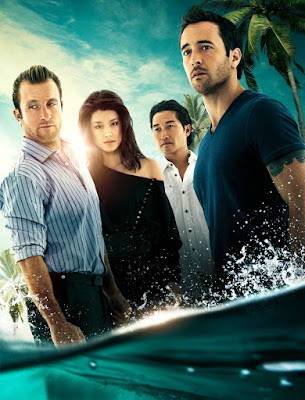 Get ready for more heart-pounding action as the hit police procedural action drama, Hawaii Five-0, returns for an all new season on AXN this January.

After a near-death experience, Steve (Alex O’Loughlin) and his investigative team face a new round of criminals out to sow mayhem in the island paradise – a mysterious vigilante who murders serial killers, a vengeful father out to avenge the death of his son, an assassin that targets environmentalists, a terror group that holds high school students hostage, and even a ragtag death cult, and more!

The highly successful reboot becomes even more interesting with the complications in the lives of Hawaii’s elite special task force–Steve embarks on a rescue mission to save his mother from foreign capture while dealing with the return of his ex, Catherine (Michelle Borth), which might give their relationship a second chance; Danny (Scott Caan) struggles with parental blues for his now teenage daughter, Grace (Teilor Grubbs), and deals with the unexpected visit from his sister; Chin (Daniel Dae Kim) finds himself in the middle of a custody battle he cannot win; Kono (Grace Park) is reunited with husband Adam (Ian Anthony Dale) and starts rethinking their priorities in life; Lou (Chi Mc Bride) copes with his son’s coming-of-age journey into manhood, while Jerry (Jorge Garcia) contends with more conspiracy theories.

*This is Press Release
Posted by Boy Raket at 10:45 PM