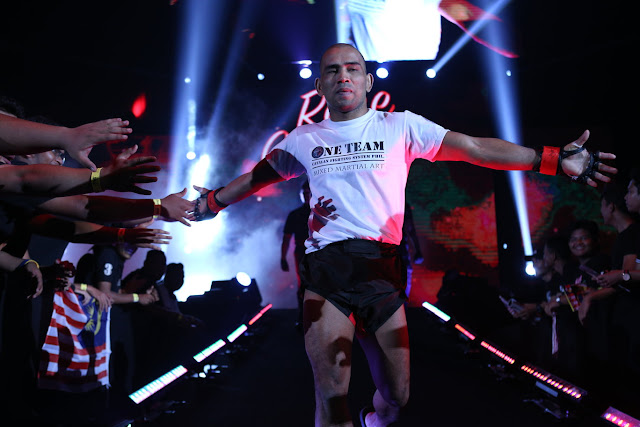 Winning has been closely associated with Filipino fighter Rene Catalan (1-2) in international Wushu tournaments as he has brought home numerous gold medals for the Philippines.
However, having his hand raised as the winner in mixed martial arts (MMA) has been elusive since he transitioned to the world’s fastest-growing sport in 2013.
Like capturing the gold medal at the 2006 Asian Games in Doha, one unforgettable moment in his illustrious fighting career was when Catalan finally claimed his first victory as an MMA competitor last September.
With an incredible work rate and accurate striking, Catalan dominated Chinese combatant Zhang You Liang to win the three-round strawweight encounter via unanimous decision at ONE: UNBREAKABLE WARRIORS.
After his remarkable conquest of Zhang in September, Catalan moves onto his next assignment as he faces ONE Strawweight Indonesian Tournament Champion Adrian Matheis (3-1) at ONE: QUEST FOR POWER in Jakarta, Indonesia on 14 January.
The 38-year-old Filipino Wushu veteran sees his marquee match-up against Matheis as an opportunity to extend his success inside the ONE Championship cage.
“This is my chance to establish my first winning streak in ONE Championship. It’s not impossible. That’s why I am exerting a tremendous amount of effort in training. I want to keep on winning,” Catalan said.
According to Catalan, he is inspired to win against his Indonesian foe because this gives him another opportunity to give honor to the Philippines. 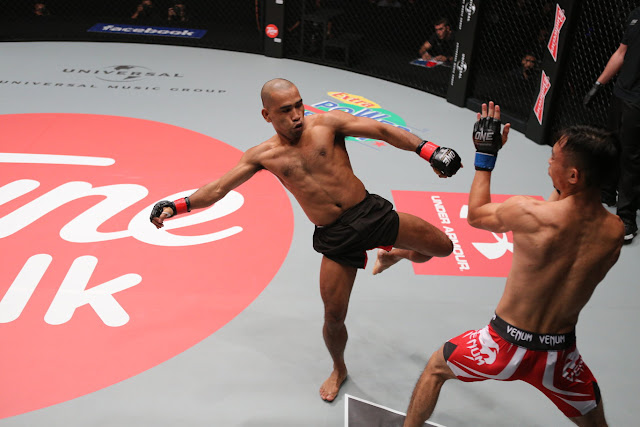 “I am inspired to win the fight because I am representing the Philippines. It is always an honor to fight for my country. My goal in this fight is to win and bring pride to my nation,” he stated.
Although both men possess superb striking pedigrees, Catalan believes that he still has the upper hand in the stand-up department.
“I still believe that my striking is better than his stand-up game. I am very comfortable in that aspect. If he wants to strike with me, it will be my pleasure,” he pointed out.
With the aim to be a more versatile fighter than his cage counterpart, Catalan revealed that he worked extensively on his ground game in training camp.

“For this fight, I added more emphasis to my ground game. Even though I am coming off a win, I shouldn’t be complacent. I trained with the best Brazilian Jiu-Jitsu practitioners in the country to hone my grappling skills,” he bared.
Catalan hopes that if he secures a decisive win over Matheis, it will grant him a date with Yoshitaka Naito for the ONE Strawweight World Championship belt.
“Every fighter dreams to become a world champion. I really hope that ONE Championship will give me an opportunity to fight for the title in the future. This fight might be the door to a world title fight. Let us all hope for the best,” he said.

About ONE Championship™
ONE Championship is the largest sports media property in Asian history. Headquartered in Singapore, the world’s most exciting mixed martial arts organization hosts the largest sports entertainment events across Asia featuring the best Asian mixed martial artists and world champions, all signed to exclusive contracts, on the largest media broadcast in Asia. ONE Championship is broadcast to over 1 billion viewers across 118+ countries around the world with some of the largest global broadcasters, including FOX Sports, Setanta, MNC, Astro, Thairath TV, ABS-CBN, TV5, MYTV, HTV, Esporte Interativo and more.
Posted by Boy Raket at 6:26 PM