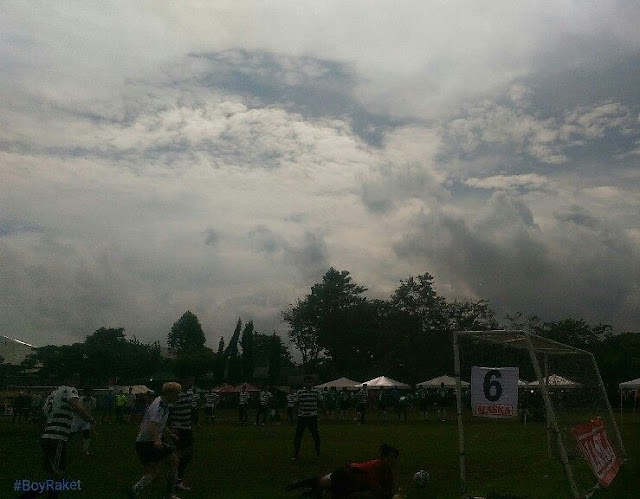 Alaska believes that sports play an important role in instilling the value of discipline, hard work, teamwork and determination among young people; thus, its continued focus on team sports outside basketball.
Since 1995, Alaska Power Camp partnered with former professional international football player Tomas Lozano to create the 1st Alaska Football Cup. Through the Football Cup, Alaska leads the growth of amateur football in the country and has been going on for quite some time. In fact last November 26 and 27 marks their 21st year of doing so.

The Alaska Football Cup is held every November at the Ayala Alabang Country Club fields. This year have 320 teams and a total of 4,800 football players together in one venue, all united by their love for football from different parts of the country. These young football enthusiasts come together to compete in various age divisions. School teams and football clubs from all over the Philippines, inluding Masbate, Baguio, Negros Occidental, Cebu, Davao, Palawan, Legaspi, Laguna, Batangas, Bukidnon, Zambales, Pampanga, Tarlac, Ilocos, Bicol, Romblon, Davao Sur, Compestela Valley, Quezon, Cavite, Albay, Pangasinan, Bacolod, Iloilo, Mindoro, and Metro Manila participated. To date, the Company believes that it is the biggest amateur football tournament in the country.

The development of the youth’s skills in football is just one of Alaska's commitment to nation building through nutrition and sports.

For more information about Alaska Milk and its Nutrition. Action. Champion. Program, visit www.alaskamilk.com. To know more about the 21st Alaska Football Cup visit http://www.alaskapowercamp.com/. Check out Alaska Milk's sports channel www.playph.com and like @PlayPH in Facebook, Twitter and Instagram for inspiring stories on Filipino sports fans of all ages nad skill levels