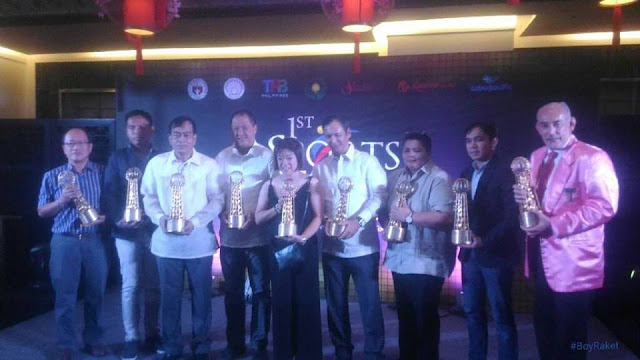 The search for the best sports tourism efforts in the country has culminated with the first-ever Philippine Sports Tourism Awards. Held at Resorts World Manila, the Awards recognized events, destinations, local government units, national sports associations, private companies, and event organizers who have contributed to the growth of the local sports tourism industry.

Organized by the Philippine Sports Commission, Department of Tourism (DOT), Tourism Promotions Board Philippines, and Selrahco Management, the Awards attracted hundreds of nominations from across the country but only nine programs were distinguished for their efforts to develop and promote the Philippines as a sports tourism destination. Clark Freeport Zone, Pampanga was named the Sports Tourism Destination of the Year for hosting various sports tourism events, including racing competitions, car shows, Frisbee games, and the widely attended Philippine Hot Air Balloon Fiesta that welcomes around 112,000 local and foreign visitors yearly.

The Municipality of Lubao and Sunrise Events, Inc. also took home individual trophies as Organizer of the Year in the public and private sector categories, respectively. Both winners have held events that boosted local sports tourism as a viable industry in the Philippines.

The Philippine Inter-Island Sailing Federation, which popularized boat races in the country, was named Sport Association of the Year. Ironman 70.3’s campaign to make Cebu a global sports tourism destination won the Destination Marketing of the Year award.

Resorts World Manila Golf Masters, which catered to the event broadcasted to over 200 countries, took home the Event Sponsorship Award of the Year 2015. This professional golf tour is touted as the richest tournament in the Philippines, with a US$1-million prize money.
Posted by Boy Raket at 1:35 PM