This December on AXN - Next Gen Robots in Battlebots 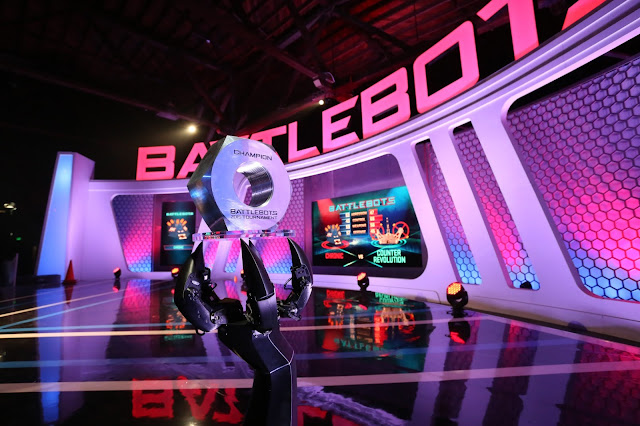 The battle continues when BattleBots, the extraordinary competitive reality series that has garnered a huge following in the sport of robot combat, returns on AXN this December.

This year’s playing field boasts of contestants representing four continents from around the world. From NASA engineers to expert roboticists, from garage builders to teenage students, and even past competitors, this group of hardcore robot builders will design and build robots that will face off against each other in combat in the elimination rounds until one is crowned champion.

For the first time, audiences will be treated to an enhanced viewing experience with the use of state-of-the-art Onboard Technology and Cameras, which will also provide combat analytics.

Each episode is filled with high energy as viewers will see next generation robots – bigger, faster, and stronger than ever before – designed with new technologies and innovations, and with more destructive weapons, including drones and flying battle bots!

About AXN
AXN is Asia’s leading general entertainment channel featuring exclusive top-rated drama series, blockbuster features, reality programs and groundbreaking original productions. The channel appeals to a discerning audience seeking content that is smart, intriguing and unexpected, and all delivered close to the U.S telecasts. From critically acclaimed series, The Blacklist and Quantico, to award-winning reality shows, The Voice and The Amazing Race Asia, AXN is defined not by a genre, but by an attitude that truly redefines action.
First launched in Asia in 1997, AXN is a global channel brand with a presence in Latin America, Africa and Europe. In Asia, AXN is enjoyed in 85 million households across 20 territories.
AXN Asia is wholly owned by Sony Pictures Entertainment and managed by Sony Pictures Television Networks, Asia, which also operates leading channels Animax, Sony Channel, ONE and GEM.
www.AXN-Asia.com
Posted by Boy Raket at 12:24 AM